I have added a new still from the season premiere!

I have added HD screencaps from season 4.

The first half of the CW superhero drama’s sixth and final season premieres Tuesday, March 30 at 9 p.m., taking the timeslot usually occupied by Superman & Lois. The recently-renewed freshman drama is going on a brief hiatus because of a COVID-19 related production interruption earlier in the season and will resume its season on Tuesday, May 18, meaning Supergirl won’t finish its run until later in the summer.

Like most shows, the Melissa Benoist-led drama’s previous season was cut short due the pandemic. In the unplanned season 5 finale — which was combination of the penultimate hour plus some of the footage they were able to shoot before the shutdown — Kara (Benoist) and Lena Luthor (Katie McGrath) buried the hatchet and teamed up to defeat both Lex Luthor (Jon Cryer) and Leviathan. Unfortunately, Lex, with the help of his mother Lillian (Brenda Strong), thwarted the Super Friends’ attempts to stop him. 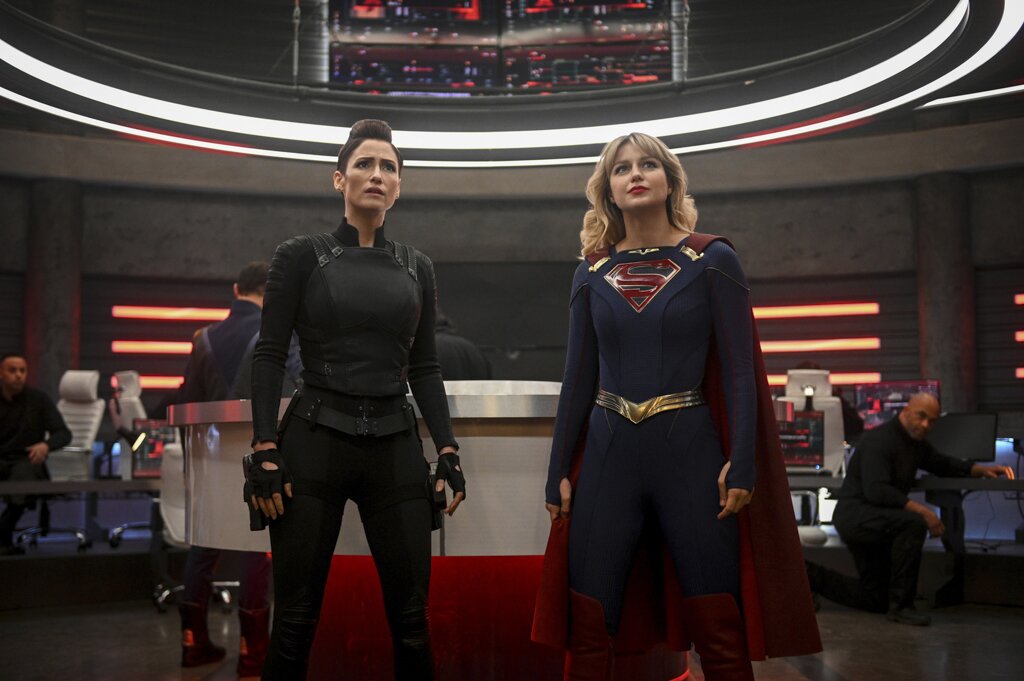 While there aren’t concrete details about the season 6 storyline, we do know that David Ramsey will reprise the role of Arrow‘s John Diggle and direct an episode co-written by series star Azie Tesfai — a first for any Arrowverse actor — and supervising producer J. Holtham. During an Instagram Live interview with EW in February, Tesfai opened up about joining the writers room for an episode and collaborating with Ramsey.

“It’s been great, I think, the nuance of not just representing the Black voice, but the Black female voice, and every Black experience is different,” she said. “To have David Ramsey directing the episode… that makes me really excited. Ramsey and I had dinner the other night and just talking about his perspective and experiences; they’re very different than mine. So, I think to have such a well-balanced [group] between me, J., who I’m writing the episode with, and David Ramsey, I think fans will feel really excited and hopefully seen and heard.” She added: “[Episode] 12, in my opinion, for Kelly, is the most epic episode of the season, so I’m excited to get to pen it.”

In terms of what’s in store for Kelly this season, Tesfai said: “The fans have been very vocal about what they want to see for Kelly — and I feel like they know what I’m talking about — and they, especially in the back half of the season, will get everything that they want, and it makes me very excited.”

Supergirl premieres Tuesday, March 30 at 9 p.m., following The Flash, on the CW.

Comments Off on Supergirl Will Return In March When Superman & Lois Goes On A Brief Hiatus  /   Share:

I have added HD screencaps from season 3.

I have added HD screencaps from season 2.

I have added HD screencaps from the final season! 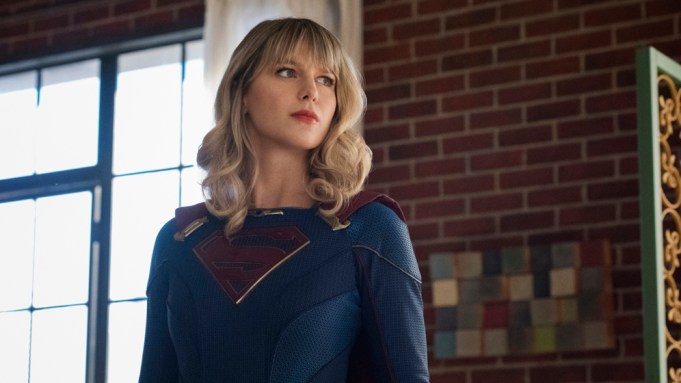 Supergirl will be taking her last flight. The CW and producers Warner Bros TV and Berlanti Productions just announced that the drama series starring Melissa Benoist will conclude with the upcoming sixth season, set for premiere on the CW in 2021. It is the second series from the CW’s DC Arrowverse to come to an end following Arrow, which wrapped its eight-year run last season.

Production on all 2020-21 broadcast series was delayed by the coronavirus pandemic. Additionally, Supergirl had been targeting a later start of production to accommodate the pregnancy of star Benoist. I hear the series is slated to begin filming in Vancouver next Monday, Sept. 28, pending a deal with the local unions to comply with SAG’s testing guidelines, which has been a sticking point for a number of Hollywood productions there. The series would initially be filming around Benoist who would join the production later, I have heard.

Between the delays and Supergirl’s downward ratings trajectory, I hear the producers, the studio, the network and Benoist came to a decision that it was better to end the show with a longer final season.

The creative team has started developing the storylines for the final 20 episodes. The order is expected to be longer than most broadcast series this coming season, including the CW scripted shows, which will be launching in January and beyond.

As it keeps adding new series every season, the CW also has been retiring veterans. It ended three established series in each of the last two seasons, including Arrow, Supernatural and The 100 this past season. (Because of the pandemic, Supernatural‘s final season stretched to this fall.) The network, which traditionally gives its long-running series a proper farewell by announcing their final seasons ahead of time, will likely reveal more shows coming to an end after the upcoming season in the coming weeks.

I have added HD screencaps from A Princess For Christmas.

Please donate to help with the site, this would go towards hosting, domain renewals, pictures and more! All donations are appreciated and will feature on a credits page! DONATE HERE

Katie as Lena Luthor
At 24, Kara Zor-El decides the time has come to embrace her superhuman abilities and fulfill her destiny as a hero in this drama based on the DC Comics character Supergirl.

As the Super Friends brave the Phantom Zone to bring Supergirl home, each member of the team is confronted by visions of their worst fear.
Airs on the 11th of May 2021 on the CW at 9pm.

Are you a frequent visitor to the site? Have any photos, captures, etc that you see missing in our gallery that you would like to donate to the site? If so, feel free to send them to us. If you would rather donate media or videos, that is welcome as well! Remember to include how you would like credited in the email along with the donation. What can you donate? - Event/Appearances - Magazine Scans - Photoshoots - Screencaptures --Candid photo donations are not accepted. We are a paparazzi free site. Please send donations to katiemcgrathonline@gmail.com Please include how you would like to be credited

© 2020/2021 Katie McGrath Online is 100% paparazzi free and a non-profit fansite. All graphics and original content are being used under the Fair Copyright Law 107 and belong to https://katie-mcgrath.org/. Other images and text belong to their respective owners. No copyright infringement intended. This is an unofficial fansite.

You can find out more about which cookies we are using or switch them off in settings.

This website uses cookies so that we can provide you with the best user experience possible. Cookie information is stored in your browser and performs functions such as recognising you when you return to our website and helping our team to understand which sections of the website you find most interesting and useful.

Strictly Necessary Cookie should be enabled at all times so that we can save your preferences for cookie settings.

If you disable this cookie, we will not be able to save your preferences. This means that every time you visit this website you will need to enable or disable cookies again.