I have added HD screencaps from episode 4.

The end of Supergirl is, unfortunately, nigh. And with the end of a long-running series like the CW’s high-flying superhero drama comes a lot of expectations — both from fans who have been around since its early days on CBS and the actors who brought these characters to life for six years. But all Katie McGrath wanted by the time the sixth and final season ends is for her character Lena Luthor to learn a little self-love. Talk about relatable!

“I really would like to see Lena come into full acceptance of who she is, that she’s fully accepted who she is, what she’s done, and who she is now,” McGrath tells EW. “She’s not hung up about the bad parts of her, and she’s fully accepted the woman that she is, warts and all, and she believes that she is a good person. For me, that would be such a lovely wrapping up for Lena because she struggled so much with who she is. To finally just take a deep breath and go, ‘I’m enough, Lena is enough,’ and be happy for it, I know it sounds so simple, it’s not like these grand plans that everybody else probably wants for their characters, but it’s so simple for Lena. I just want her to finally be okay with who she is.”

And while McGrath is playing coy about whether her dream for Lena will come true, she does tease that Lena’s ending will be complete by the time Supergirl soars for the last time. “It’s very rare in this business that you get to tell a story from start to finish completely; a lot of times, shows are canceled before they get there,” she says. “So when the show does finish, we have the privilege of being able to tell the ending. Our showrunners are amazing, and our writers are brilliant, and the idea that they’ve come up with, you will get an ending.”

Below, McGrath reveals what fans can expect from the rest of the final season and more. 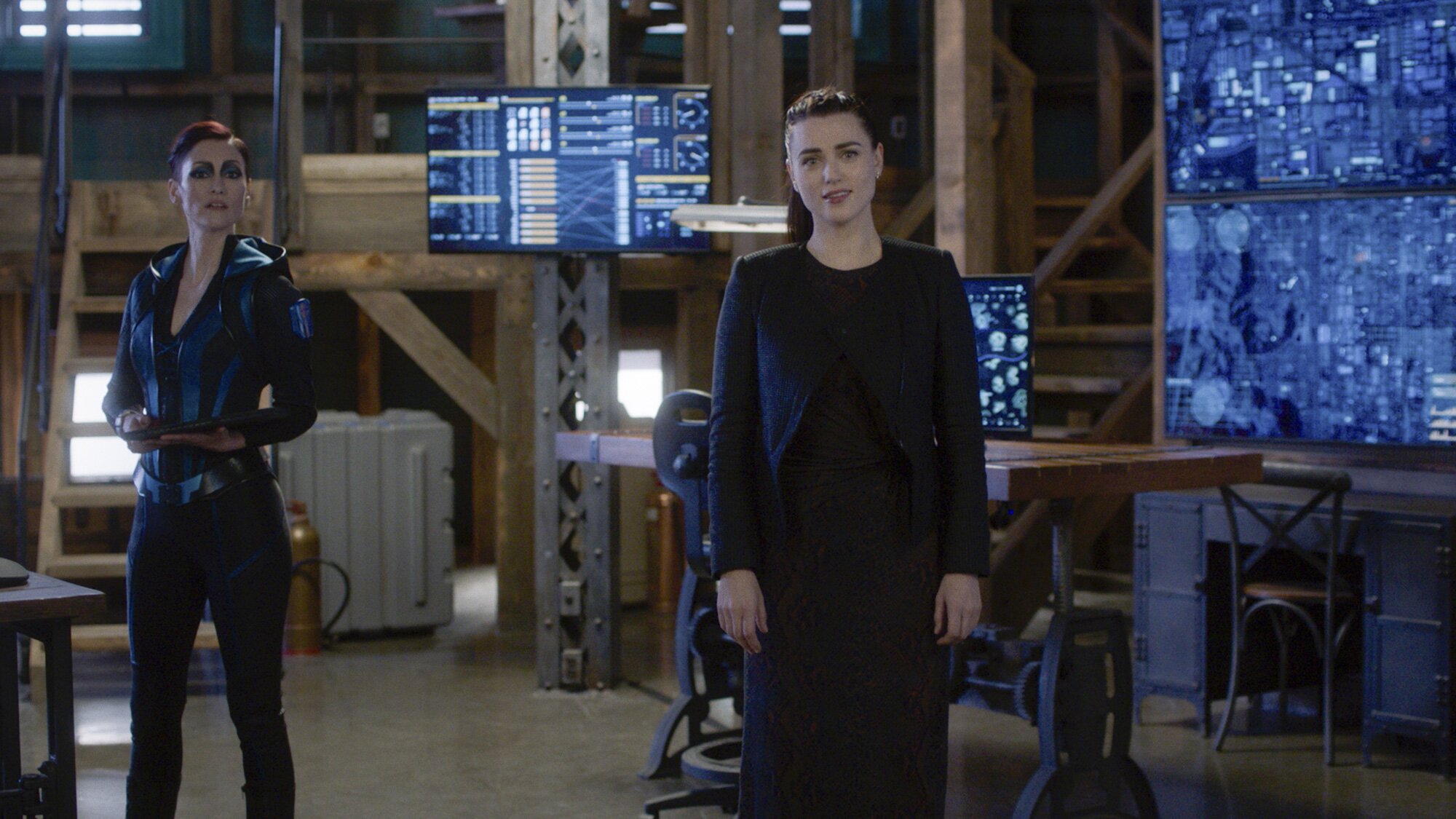 ENTERTAINMENT WEEKLY: From the first few episodes of this season, it finally feels like Lena has become the best version of herself.

KATIE MCGRATH: When you’ve played a character for so long, and you love them so much, you feel a responsibility not only to the people who love the character but to the character herself, and you want to make sure that it feels right. I’ll say this about Lena: no matter what she’s gone through, she’s not a woman who gives up. You push her down, and she gets back up. No matter how hard it is, she will always keep trying to move forward. It’s one of the things I like best about her, throw anything at her [and] she really keeps going, bless her heart. Everyone tries to kill her, her brother tries to murder children, but you know what, let’s keep going!

What has it been like playing such an emotionally well-rounded version of Lena, especially after she tries so hard to run from all emotion last season?

It’s a really nice evolution. It makes sense. When we were finishing up last season, you sort of do a debrief with your showrunners, and they talk to you about what’s coming up and what they think, and the one thing I said to them was I’d really like to see Lena be okay with herself and okay with who she is. She’s spent so long fighting, fighting being a Luthor, fighting her past, fighting her mother. The journey that I’d love to see for her is to fully accept who she is. What’s so nice is that they listened to that, and I think that’s what you’re seeing, her coming to terms with everything she’s done but learning to forgive herself and go, “You know what, I can still be the person I want to be, even though I’ve done so much bad stuff in the past.”

What kind of growth are we going to see from her throughout the rest of the final season? Where does she go from here?

What you see now is that she officially joins the Super Friends, which is coming in this week’s episode. The important part of that for Lena is Lena wouldn’t be able to forgive herself until she sees that other people have forgiven her. And there’s a lovely couple of scenes with Lena and Alex [Chyler Leigh], and hearing Alex talk to her, coming from somebody who she never thought she would hear those words, is a real moment for Lena to say, “Okay, I can sort of move along from this.” Being with the Super Friends and helping and working with them goes a long way to doing that.

Comments Off on Supergirl Star Katie McGrath Teases How The Final Season Ends For Lena  /   Share:

I have added screencaps from episode 3!

I have added stills from episode 4!

I have added screencaps from episode 2!


Comments Off on Supergirl – A Few Good Women Screencaptures  /   Share:

Please donate to help with the site, this would go towards hosting, domain renewals, pictures and more! All donations are appreciated and will feature on a credits page! DONATE HERE

Katie as Lena Luthor
At 24, Kara Zor-El decides the time has come to embrace her superhuman abilities and fulfill her destiny as a hero in this drama based on the DC Comics character Supergirl.

As the Super Friends brave the Phantom Zone to bring Supergirl home, each member of the team is confronted by visions of their worst fear.
Airs on the 11th of May 2021 on the CW at 9pm.

Are you a frequent visitor to the site? Have any photos, captures, etc that you see missing in our gallery that you would like to donate to the site? If so, feel free to send them to us. If you would rather donate media or videos, that is welcome as well! Remember to include how you would like credited in the email along with the donation. What can you donate? - Event/Appearances - Magazine Scans - Photoshoots - Screencaptures --Candid photo donations are not accepted. We are a paparazzi free site. Please send donations to katiemcgrathonline@gmail.com Please include how you would like to be credited

© 2020/2021 Katie McGrath Online is 100% paparazzi free and a non-profit fansite. All graphics and original content are being used under the Fair Copyright Law 107 and belong to https://katie-mcgrath.org/. Other images and text belong to their respective owners. No copyright infringement intended. This is an unofficial fansite.

You can find out more about which cookies we are using or switch them off in settings.

This website uses cookies so that we can provide you with the best user experience possible. Cookie information is stored in your browser and performs functions such as recognising you when you return to our website and helping our team to understand which sections of the website you find most interesting and useful.

Strictly Necessary Cookie should be enabled at all times so that we can save your preferences for cookie settings.

If you disable this cookie, we will not be able to save your preferences. This means that every time you visit this website you will need to enable or disable cookies again.